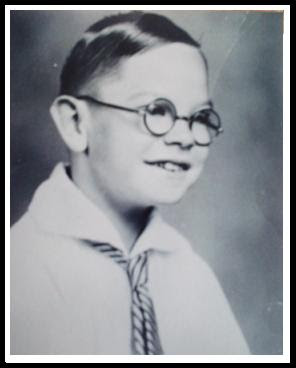 Jack always lived with his parents, Bill and Etta. My grandfather, Bill, passed away in the late 60’s and Jack officially became the man of the house. Etta ruled with a firm hand….she had to. Be that as it may, Jack adored his mother. He had this 11 x 14 picture of Etta, circa early 50’s, hanging in his bedroom. My replica is 3 x 5. 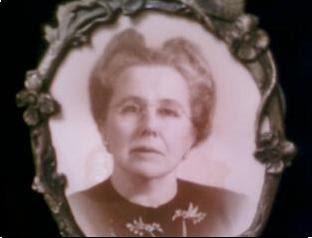 On occasion someone in the family would insist that Jack wouldn’t even know the picture of Etta was missing if someone took it down. Do not even go there! If truth be told, and we could peek in on Jack as he knelt for his bedtime prayers…..he would be in front of a crucifix and that picture of Etta.

I went to visit Jack and my grandmother one day in the early 80’s. Etta was ninety something, and was in the process of laying a brick sidewalk. Jack had just had some medical procedure the week before… which put him in his glory. By glory, I mean he loved that kind of stuff, it gave Jack something fresh to talk about. He had a memory for details. In this particular instance it was medical terminology. He loved throwing around medical terms. It gave him a whole new topic to talk someone’s ear off over.

After some chit chat with my grandmother, she asked me if I wanted to go with Jack to Thrifty Drugs store, across the street to pick up a few prescriptions. Jack often went alone, and everyone knew him. They also knew about him. Etta laid down the rules…don’t encourage his silliness, and discouraged them from giving him any ammunition to go on and on about. It had nothing to do with squelching Jack’s social life, but it was to protect him from any public ridicule, and protect the kind clerks from the never-ending ramblings that Jack was famous for.

Jack and I were heading out the door, with Etta firmly reminding both of us to behave. She poked me with her cane, that had a range of ten feet, and let me know we were to stay out of the toiletries aisle, and no ice cream. Jack had high blood pressure and the poor guy didn’t get special treats very often. Etta knew I was a sneak….just like Rita, and she didn't trust either of us. She knew we had a soft spot for Jack.

Off we go, across the street. Entering Thrifty’s with Jack was like being on the red carpet with a rock star.

‘Hi Jack”…….the clerks would call out.

We head towards the pharmacy, all the while Jack is very aloof and courteous…not stopping, but nodding, kind of like royalty, like a baron. He was on a mission. He was about to have a one-on-one with the pharmacist.
The pharmacist goes over everything with Jack, then looks at me and says, “He may need a stool softener”.

BINGO! One of Jack’s favorite topics……poop, gas, movements, enemas, laxatives, stools. It takes a whole lot of talking, but I convince Jack that his mother has plenty of stool softeners already. If not we will come back. I mean really, a 90 year old woman without stool softeners? Besides, if we take time to check out the stool softeners, we won’t have time to check out the after shaves, and colognes. Maybe if we hurry, we can also get a single scoop ice cream. Those were magic words that Jack loved to hear.

We buy an ice cream cone first, and then go check out the fufu smelling stuff. It’s a time saving thing. Jack likes to milk his ice cream for as long as possible. We smell every cologne in the store, careful not to spray any on us, because Etta will have a fit. It’s not like she trusts me, and she will look for evidence. Jack still has the last of his cone to eat, and I tell him to throw it in his mouth because we have to get back before Etta suspects something. I check out his face, and wipe any trace of ice cream……everything’s kosher!

Jack is happy as a lark as we start back across the street. Etta asks Jack if the pharmacy was “busy”, he says, “not too bad”. He then goes on to tell her about the pharmacists concerns, and that he needs stool softeners. Etta, who’s been putting two and two together, and Etta who probably called the pharmacy, looked at Jack and asked him if he had an ice cream cone. Jack said no. Etta dropped the subject, and asked me if I’d help get lunch out while Jack set the table. Thank you, Baby Jesus…..we dodged the bullet!

We sit down to lunch, and yakked about nothing in particular.....we usually get around to silly talk. Jack loves it, and I encourage it. I get a thrill out of Jack naming all the puppies his childhood dog Trixie had...all three litters. That's the kind of stuff that gets us all laughing, really laughing!

All of a sudden Etta looks at Jack and asks, “Jack what’s that on your tongue?”
Jack goes……"AHHHHHHH" to reveal A huge piece of cone on his tongue…
Ice Cream Cone!

BUSTED!
Next: Jack scares the bee geesus out of a grown man...

I want to hang out with Jack! A dog named Trixie!

I am glad you gave him an ice cream cone : ). You are such a rule breaker.

So busted. This is funny.
I bet she beats you with her cane!

I love Jack almost as much as Rita, as you know.

How in the heck did that ice cream cone nugget stay attached to his tongue after all that yakking? Wouldn't it have irritated him? Wouldn't he have swallowed it? This detail will haunt me all day, and I am definitely not a detail-oriented person.

The picture of Jack, while adorable, absolutely cracks me up.

Suz, that can had a range you wouldn't believe. No distance was safe.
CBW, that's one of the mysteries of Jack. That was a huge piece of cone, fused to the back of his tongue.
Yeah, I love that picture of him. The tie!

Jack remembers medical terminology and I, who am suppose to have a hard time. Could he tutor?
I love Jack as much as Rita. Cannot wait to hear more.

I need more...really. That picture reminds me of my Nana :-)

That's so funny! You are a fabulous story teller.