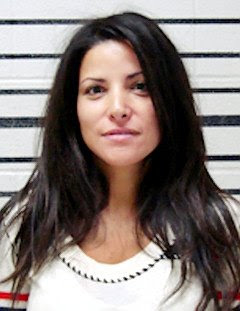 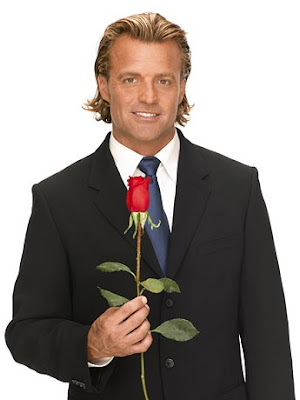 When I say again, I'm not using the term lightly. It seems Mary Delgado, who accepted a televised proposal from professional bass fisherman Byron Velvick on season six of the "The Bachelor," was arrested in the border town of Del Rio Texas after refusing to leave a local bar.

Delgado, 41, was arrested on charges of disorderly conduct, public intoxication, and resisting arrest. She was released about an hour later.

Now if you think that's bad, then you aren't being fair to Mary. Afterall, all these charges mean is that some woman was jealous and made the bartender cut her off. 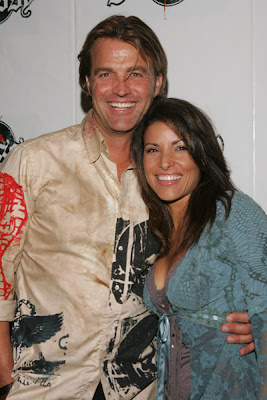 Byron and Mary at happier times 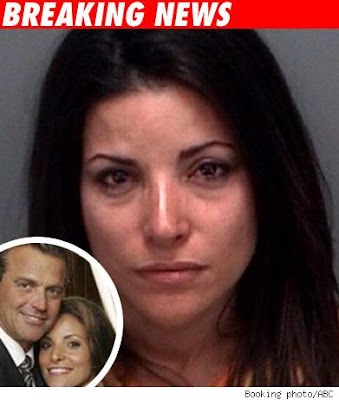 "Bachelor" Byron Gets His Ass Kicked.

That's right, Mary hauled off and let him have it! According to the Pinellas County Sheriff's Department, Mary Delgado punched Byron, causing his upper lip to bleed. She was arrested in Tampa, Florida for alleged domestic battery.

The incident occurred Wednesday just after midnight. Cops say alcohol was a factor.

Is it just me or do you think the next Bachelor show should just let the fists fly?

I think those women get down and dirty already. We just don't get to see the cat fights. I used to like the Bachelor shows, but I think they all just want exposure to get discovered.
Mary sounds like a rough one.

I think Byron needs to get his head examined. Two arrests and they're not even married? He should run, not walk, as fast as he can away from her.

And straight to me in Virginia....Come to mamma!

Isn't alcohol always a factor....I wouldn't want to meet this one in a dark alley!

I saw this in the news, but I'm not sure I was watching the Bachelor that season. I don't remember either of them. BUT, did you see who the Bachelor is going to be for the upcoming season??????

That woman frightens me. Looks like Byron is going to have to grow some 'nads.

Byron needs to deck her, just once. But maybe she's crying out for affection. Send her over, I'll get to the bottom of this.

I wonder why she is acting like this. She is certainly old enough to know better. Interesting.

I think they should serve alcohol on the show ....lots of it..... and see where things go.

I feel an AA meeting coming in her near future!

huh...this was actually one of the few bachelor shows I watched. I liked her. You never know who's the psycho!