The Other Elise
or...where's the beef, and...is this a raw deal? 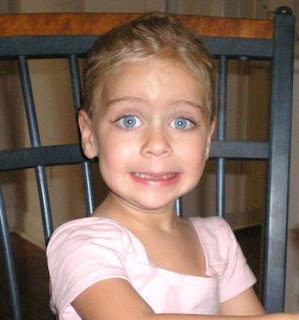 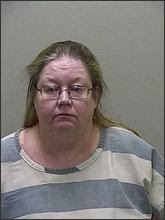 This Dec. 7, 2009 picture,  made available by the Marion County Sheriff's Office shows Elise Egan. The 53-year-old Dunnellon woman has been arrested after allegedly hitting a man in the head with a raw steak!

According to a Marion County Sheriff's Office report, the man told deputies that Elsie Egan repeatedly hit him with the uncooked meat and slapped his face after he refused a piece of sliced bread. The man said he wanted a bread roll. Egan denied hitting the man with the steak but did admit to slapping him, saying she did it "so that he could learn."

According to online records, she has been released on $2,500 bond and is scheduled to appear in court in January. It's unclear if she has an attorney.


Grandma J says:  Elise, GF.....what were you thinking?  Raw beef?  If you use a three iron they don't arrest you!

I think I saw that lady in Wal-Mart yesterday.

Ain't that the truth?!

Only in Florida!!!! I love your comment at the bottom....you are so darn brilliant!!!

Good garden peas!
And that Elsie is just too darn cute for herself!
<><

That just strikes fear into my heart! The hardened criminals! I better go tell Henrietta about all this gang activity and double check the locks! ;-)
Oh, and doesn't that woman know how much beef costs?

All this meat slapping was over a slice of bread? Maybe she wanted him to save room for dessert.

So so true, that is a shame it is also so funny. Jeanne

What? A raw steak? That's craziness. And kinda funny.

How did you get it snow all over your blog? That's super fancy and awfully festive!

HaHaHA! LOVE that ending line. You are so clever :)

Note to Self: Use a three iron, don't waste a good steak.

Bwahaaaaaa ..I think that was an eagle!