Grandma J has been AWOL in a sporatic sort of way lately.   Her almost new laptop had a bad hard drive.    Which ironically is the reason why she even bought a new laptop.   Thankfully it was covered under warranty, but there was no compensation for lost blogging time.    Grandma J did her best to  utilize her iPhone to  play games connect in a small way on Facebook and post a brief July 4th post that took her several hours to do via phone!

Speaking of the 4th of July.....it was nothing short of high level excitement around the Spa. 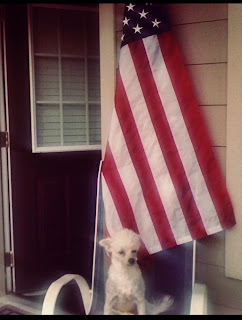 As you can see, JJ was over the moon. 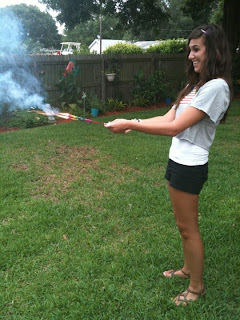 Then Grandma J checked in on her granddaughter in Florida...... 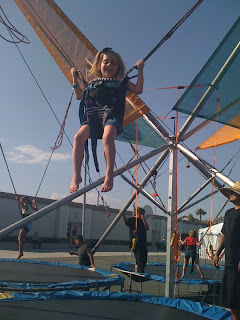 Now,  let's talk about something really special, shall we?

Big Brother 13    premiers tomorrow night, and Grandma J is chomping at the bit for her favorite reality show to get rolling.    Is anyone else getting palpitations or weird rashes excited?

Grandma J is debating about getting the live feed, or Showtime so she can watch Big Brother After Dark.....BBAD. Last year she had the BBAD, but the house guests seem to just lay around and have sex drink late at night.  It gets boring.

Now, the live feeds are 24/7 and supposedly there won't be as much blackouts this year.   Today is the last day to purchase the live feeds at a huge discount.    Of course then Grandma J can also get the live feed app for her iPhone too!   When will the fun end??

There will be four pairs from previous years returning.  Grandma J is not a fan of returning house guests because she thinks they have a sense of false superiority over the novice players.

Most of them were either winners or completely obnoxious in a Jersey Shore sort of way. But then again it might be interesting to watch Rachel hanging out with Evil Dick while Daniele latches on to  Brendon. hummmmmmm


Let Grandma J know if you will be watching BB13, and if you will be getting the live feeds.  Oh dear, there goes the heart racing at the mere thought!

I really want to watch it this year so I can understand your love for it : )

I've never watched that show! HA! Sounds like I'm missing something. JJ is just about overcome with excitement in that picture, I think. hahaha! :-D

Are you really a Grandma or are you just an 18 year old pretending to be one? I'm starting to wonder. m.

Glad you are back!!
I won't be watching...don't even know what BB13 is....busy with rats, classes and NY in particular.

Looks like you are enjoying JJ, grandkids and summer...YAY!

"they have a sense of false superiority over the novice players." You crack me up.
I had no idea this show was coming back on. I used to like it, but then the girls would watch it with me...and see all the tv girls act sl*tty and get intoxicated....and I did not want to let them see others behaving like me.
Maybe I will try and sneak it in.
Glad your laptop is healthy again!

I was watching Grey's Anatomy on NetFlix, Season 3, I think, the show where Grey falls into the water? The little girl who is with her looked so much like Elise .. it was eerie!

LOL...I forgot you were a big Big Brother fan!

I've never watched that show. But I could watch JJ all night long;)

GJ, where did Elise get to go on that fabulous contraption? It looks so fun - I'd like to try! Glad you're all excited to watch Big Brother. I think I'd rather have needles poked in my eye . . . .