Why Do Boys Go Last?

....because they are gentlemen

Or maybe because they are the oldest, or because they love their sisters.  Maybe it's because that's the way Grandma J planned it. 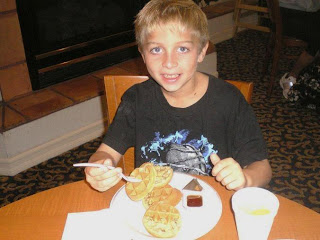 Grandma J took all three grandkids to the Fairfield Inn for a sleepover.   This was Andrew's third sleepover there with Grandma J.   And this year, because he is so much older, he decided to actually cook his breakfast at the free buffet.   He waited patiently for his turn to make waffles on a real waffle iron...but the adults must have thought he was just an observer because they kept cutting in front of him.  Grandma J set them straight. 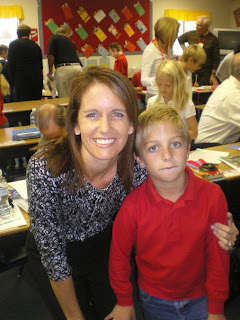 This is Andrew's teacher.....and he thinks she's swell. 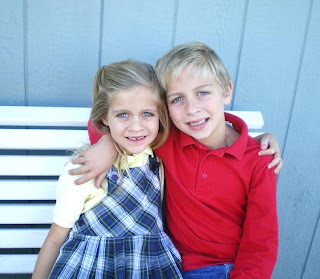 These two love each other so much....and have no problem showing it. 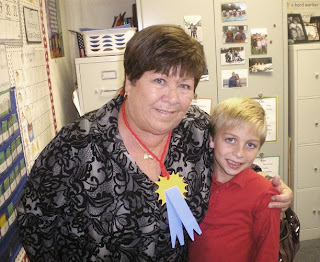 Don't you love the blue ribbon Andrew made for Grandma J?  Wouldn't it have been even nicer if it were on right? 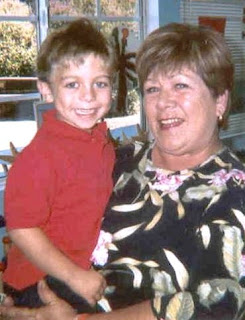 This is Andrew and Grandma J on Grandparent's Day 2005! 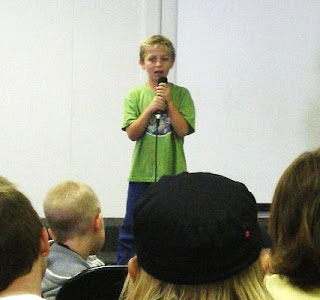 Andrew has a beautiful voice, and was the only boy to actually sing a solo at the talent show.   He got a standing ovation! 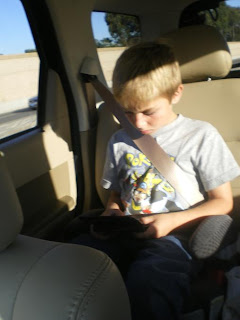 Grandma J had a one on one afternoon with Andrew....just like she did with the girls.   The difference is, Andrew didn't want to shop for clothes...no, he wanted a game for his Nintendo DS thing.  Once he found the one he wanted, and believe Grandma J when she tells you he had a very hard time deciding, he didn't want to focus on anything else.   He didn't want to go out to eat...... 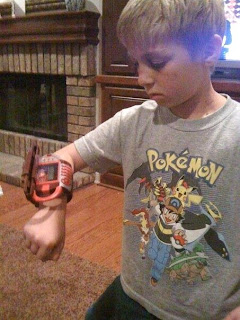 Because, he wanted to  hurry home to put batteries in, and play with his Bakugan wrist thing...the other electronic gismo he had to have! 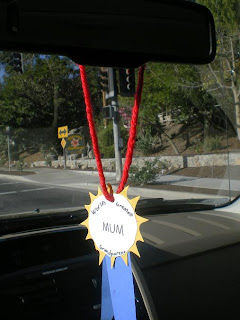 Andrew used to call Grandma J Mum before he could say Grandma, and it just warmed her heart that he put that on her medal, as her name,  for all to see.


On Grandma J's long drive back to Texas, she noticed how all the other drivers on the road where looking at her blue ribbon medal with envy.

That blue ribbon is awesome! Grandma J rocks! So do those beautiful children;)

Boys go last because they have important things to do that take a lot of thought and preparation.

You are the BEST Grandma!!

You are for sure, a blue ribbon winner, GrandmaJ! And so are those grandkids!
You know, I'm sure he still thinks of you as "his Mum", and always will!
That is SO sweet!

He is a very special boy indeed. I would love to earn a ribbon like that one day too...perhaps I should start taking lessons from you.
I am writing this stuff down: take them shopping/one on one time/sleepover in a hotel/dessert for breakfast/love them 24/7!!!
I hope I can do this too.

Both he and Beauty need to be at the next Blog Fest.

You're a might lucky Grandma, and he's a lucky boy.

You just have so much fun with your grandkids! :) I love the blue 'mum' ribbon, and I'll bet those other drivers on the road really wished they had one to hang on their mirrors!

How fun what that!!? Very!
Andrew is a poster grandchild.

He looks so grown up. I don't know why I cry when I come over here every day lately... Craziness : ). Very sweet. I am glad you are his Mum! And I love your medal! And I love that you had a special visit with your grands. What wonderful memories! And how cool that he made a waffle! That is so great!

Just how ethical is it that you have cornered the market on gorgeous grandkids? Will there be any left for me when I'm 90 and my children are finally old enough to become parents?

You are the best Mum ever ... I am still hoping you will adopt me.

You KNOW those other drivers wanted one of those ribbons!!! What a handsome, talented grandson you have there. But, you already knew that, didn't you?? He takes after his Mum;)