As you recall, last Friday Grandma J fled  The Great Flood of 2011 town, heading down the highway to seek refuge along the muddy Red River in Louisiana. 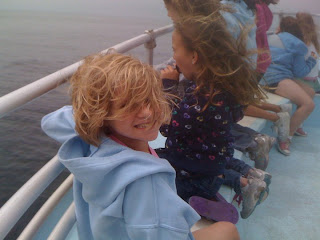 Little Dancing Dolphin  and  the rest of the tribe, headed 26 miles across the sea  to the island called Santa Catalina, or just Catalina for short. 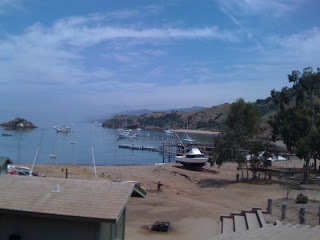 The back side of the Island is where all the camps are, and the place where Little Dancing Dolphin's   Indian Princess Tribe travels for their annual Survivor Camp.  OK, so Grandma J made that part up.  She knows there has to be an official name for this excursion, and she thinks Survivor Camp fits the bill.


So, while Big Laughing Shark  and the other dads do whatever Indian Princess Dads do, the Princesses fill their three days with exciting adventures........ 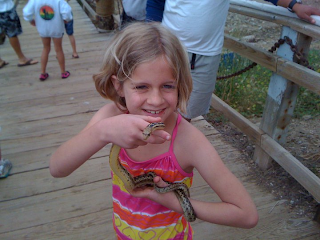 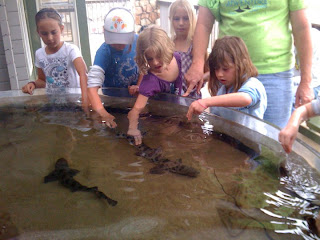 And enjoying some quality time with sharks!! 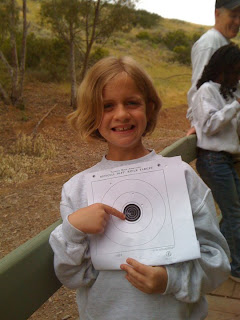 You can't be a well rounded Indian Princess if you aren't a good markswoman.   Little Dancing Dolphin  hit her mark!

Are you ready for this?

Can you tell Grandma J is overwhelmed with pride for  Big Laughing Shark? 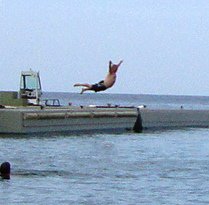 Ha! Love it! Send him my congratulations :)
Stay dry!
D

Oh my gosh! LOVED this post. What a fun outing together. She looks so grown up with her haircut. Beautiful as ever. LOVE the belly flop shot. Sensational!

What a GREAT weekend!!

What a fun weekend! My girl scout camping trips were never like that!

I want to go to camp!

Of course he did .. he's a BIG shark after all!

Love this! Great blog! What a fun adventure for all... maybe not BIG SHARK~ did that hurt??

What a contest to win!!!! What a fun weekend...sure wish my Dad had done this stuff with me...would have kept me out of trouble!!!
Her hair is growing already!

Congrats on being related to the Belly Flop champ :)

Ouch! I bet that hurt! ha! Your granddaughter is cute as a button. :)

My big ol' belly hurts now. They are beautiful!

Wow! Good for him. And your grandchildren are indeed absolutely beautiful.

janet said:
You've been blogging for two months and NOBODY TOLD ME??? Now I have a lot of reading to do. I MISSED you!