This Week in Pictures

Grandma J has been planning a three day junket to Bossier City, Louisiana for the first time in several months.   It's not far from the Texas border in the northern part of the state. 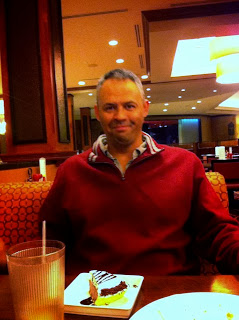 Since her son-in-law is now stationed back at Fort Hood, and his family is still in AZ, she decided to invite him to go along.  Who had a nice piece of chocolate mouse pie for dessert for breakfast. 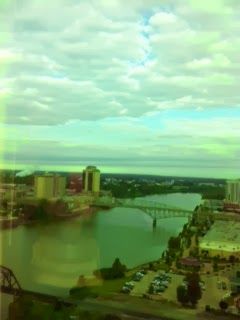 ﻿
﻿
﻿
The Horseshoe Hotel/Casino is on the Red River, or to be more exact, it's right along the I20......just depends on which side of the hotel your room is.   Grandma J lucked out and insisted  requested that they give her a room along the river....and they did, on the 24th floor. 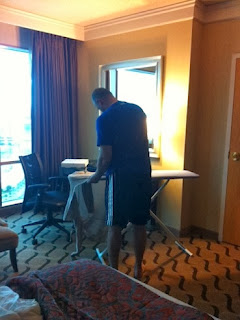 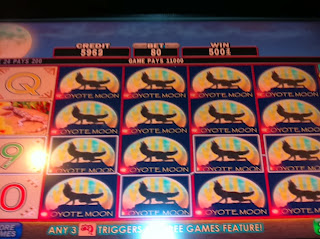 Grandma J almost had a heart attack with this win.  It wasn't that great but it sure did look good, and of course there are all kinds of sound affects to make everyone think you hit a big jackpot.


Saturday afternoon we went out along the RiverWalk and went to see a movie....Jackass: Bad Grandpa....see the review here. 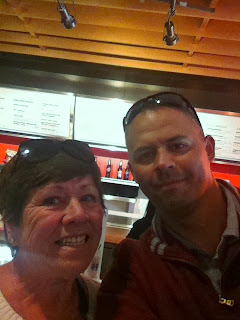 After the movie we did a bit of window shopping which is blog speak for not buying stuff.   We did stop at Starbucks inside the Marriott for something to drink. 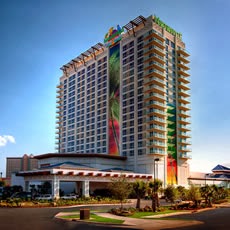 Along with tons of shops and restaurants, the RiverWalk has a new hotel Casino......Margaritaville. Since we were already there, sort of, we decided to throw some money away try our luck. 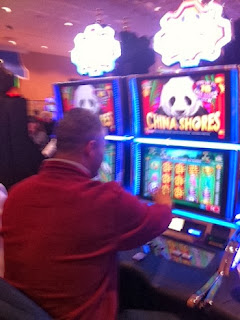 CSM John was on a mission and activated his Asian magical moves on the screen.   You know the moves.  You spin the reels they rub your hands all over the machine.   Does this drive anyone else crazy?

Sunday we did some more casino stuff, then after lunch we hit the road for home. 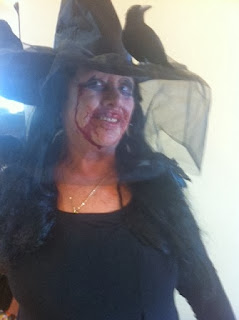 Grandma J decided to dress  up for Halloween so she could scare the Bee Geezus out of the neighborhood kids.  The hat, wig and birds were all from Dollar Tree....which is also Grandma J's favorite store for almost everything non edible. 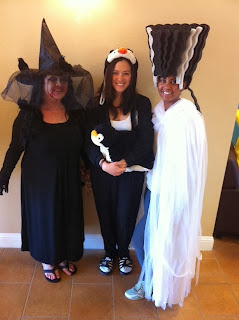 Her friends and neighbors, are both 1st Lieutenants in the  US Army... Hello Kitty and Joan.   We attended a local afternoon party, then Grandma J had them over for a Mexican dinner. 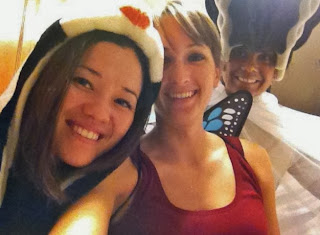 Here they are with another soldier, 1st LT  Vegan Lisa.  Grandma J doesn't know why  all these beautiful Army officers hang out with her, but she has so much fun with them. 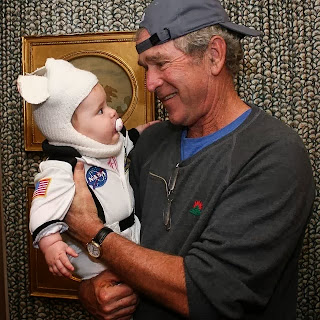 But when it comes to pretty girls and cute Halloween costumes, you have to admit, this first baby Astronaut is as cute as it gets.

Looks like you have had a most excellent week!! Vol Fan is a born gambler. And he usually wins!

One year, we took his Papaw and Mamaw to Tunica. His Papaw had never been to a casino and at age 85, it was on his bucket list :) Vol Fan won enough money to pay for all our lodging, all our food, and all our travel expenses. He also won enough to be a steady supply of cash to those in the party that weren't quite winners - me, his Papaw, his Mamaw, and his Mom.

How cool is that, Woody! I'm going to the Bush Library next week with Joan. Have you been there? Also, I drove to Tunica once, not realizing Shreveport was a whole lot closer. ugh...good thing I love to drive.

What a fun trip. I agree, always take someone along who likes to iron!
You looked fabulous in your costume too!

How did you get a photo of GW?? So cute.
I love that you have such a great relationship with John....and he irons? He couldn't be more perfect!!!

Love your costume...and I know why all the cool people hang with you; YOU'RE the coolest!
XOXO