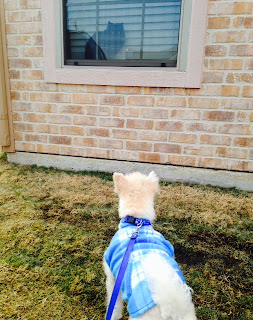 5 This is what I have to say about that..

ON THE ROAD TO PLANO

Yes, it's Another Book Signing!

By now y'all must know that Grandma J's neighbor Joan is also her BFF.   Joan doesn't have family here in Texas, and until SGM John came back in August, Grandma J was family-less too. 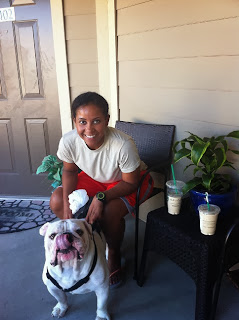 Joan and Grandma J walk their dogs together daily. 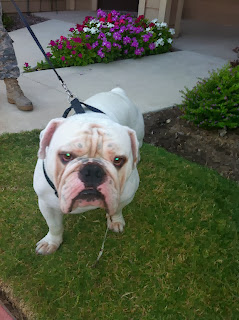 Max is a sweet lovable English Bulldog. He loves JJ to pieces, and is the most passive dog I know. 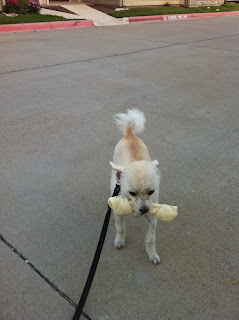 JJ on the other hand is mean to Max, and took this rawhide bone right out of Max's mouth.  I don't know why he is so selfish and mean to Max.
Among a plethora of common interests, which Grandma J will tell you about in time, she and Joan share the same conservative ideology.  Grandma J will avoid getting all political on you because, well, she loves you anyways...and always.
So, when Grandma J told Joan that the woman she admires more than GrapeNuts, and the woman who inspired her to give up her career in publishing to become a soldier and serve her County, would be signing her latest book 150 miles away in the Plano, TX.......it was game on.
Joan told her commander she wanted to go to the book signing and meet Governor Sarah Palin, but that the book signing was on a Tuesday...her commander ordered her to go...well, ordered is a strong word, but he did encourage her. 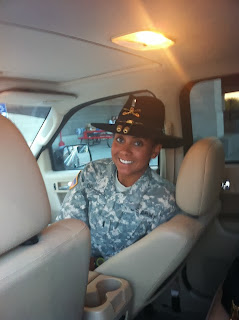 It's four in the morning and we are on the road to Plano.  The book signing is from noon 'til  two, so we were hoping to arrive by eight...giving us time to stop for Starbucks along the way 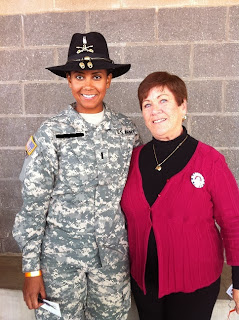 We arrived at the Costco where the book signing was being held and got in line along the outside wall where a couple about 150 people were already camped out.

About an hour before Gov. Palin arrived,  a representative from Costco came down the line to inform everyone that only Costco members were allowed in for the book signing.  There were not offering one day passes.  Well, where Grandma and Joan live, they are 70 miles from the nearest Costco, and don't have memberships.  The remedy offered by Costco was to simply buy a membership.  So be it, Grandma J decided to buy one, so did Joan.

When we went to sign up, we were told someone else had bought us our memberships...... 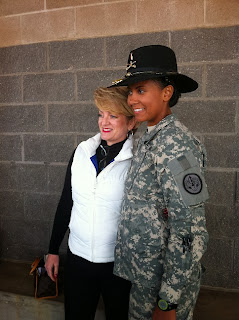 This lovely lady!!  We told her that it really wasn't necessary, but she wanted to do something nice for Joan to thank her for her service.  Then she wanted to have her picture taken with Joan.  I'm always amazed at the generosity of strangers 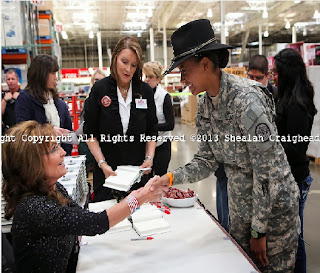 Although there were other photos, this is the photo I love the most of Joan with Governor Palin.  It was taken by the event's photographer, and I've ordered a framed copy for Joan.
I must say, the trip was well worth it, and a stop at In n Out Burgers on the way home was the icing on a very good day.

Grandma J goes to more book signings than movies, well almost.  The thing is, there are people who make a difference in this world, some small, some big.  Some write books, and give us the opportunity to meet them face to face and for just a few moments they become part of your world. 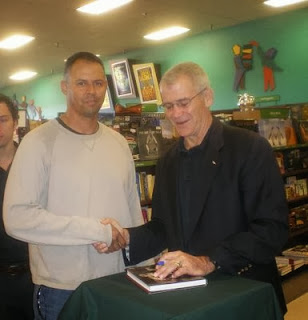 Then Grandma J went to another book signing in 2010 while Sgt. John was over in Iraq fighting for our freedom.  No picture, but two signed books. 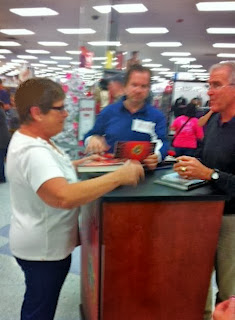 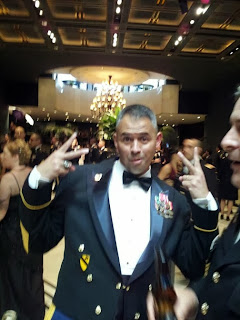 Fighting for our freedom,  With a bit of relaxation thrown in for good measure. 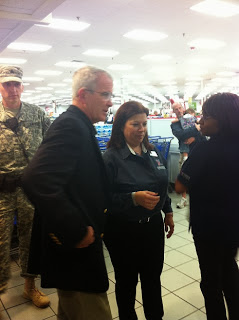 Then, last month Ollie was back in town!  Does anyone think that maybe he's stalking Grandma J? 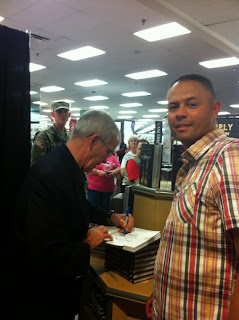 This time Sgt. John, whose now a SGM, was with her. 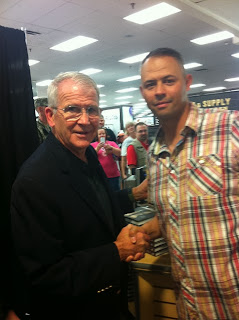 Grandma J loves this picture of two American patriots.  Oliver North is 70 years young and still goes to war zones with the troops. 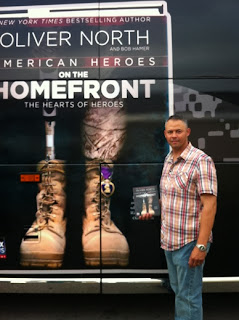 SGM John standing by Ollie North's tour bus.
This was a fun day and hopefully not the last time we have the honor of shaking hands with Oliver North.  Yes, Grandma J shook his hand too....after all, if he can take the time to stalk her, that's the least she can do.