I know, I know, I’m a bit slow on the uptake lately. Remember, I’m on vacation in Orange County California. The boredom level here is non-existent. Don’t get me wrong, I appreciate the slow pace of Texas where the wind comes rushing down the plain….oops, I was thinking about the folks in my compound rushing to the pool, or something equally exciting.

But really, do I miss Texas? Yes and I miss my family there…and JJ…..and Wal-Mart. The Wal-Mart’s in Texas are different than the ones in CA. They sell everything 24/7. And you can wear anything….jammies are big there.

Now here is a bit of what I’ve been doing. Yesterday I met with some co-workers for lunch at my favorite Mexican restaurant, Avila’s El Ranchito. 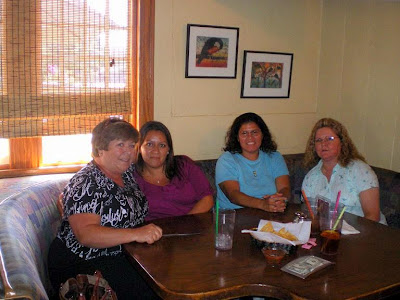 Maybe you remember them…they were my lurkers minus PG and with the addition of AG. Being that they are civil servants, we had a long leisurely lunch. We finally had to call it quits so we wouldn’t miss Monday Night Football.

I also did other exciting things like run to Ralph’s to get marinate for a BBQ we are having tonight.

Ralph’s, for the sake of Texans and others who aren’t familiar, is one of many grocery chains in California. I like the idea of having a dispenser with anti-bacterial wipes by the shopping carts. I’ve seen too many little ones picking their noses with dirty hands while sitting in those carts.

Of course I’d be remiss if I didn’t mention Dancing With The Stars! I can’t rehash the whole thing, but here is my take on a few of the dancers. 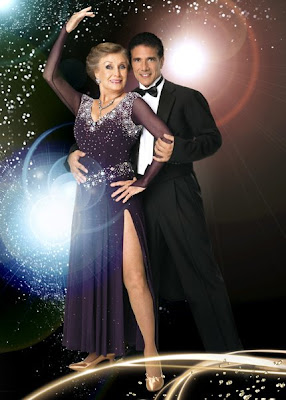 Yeah for Cloris Leachman! She’s 82 and a real trouper. Is that the right trooper/trouper? Who cares. Anyway, she did a great job, and of course she will be an audience favorite if she continues to do her little burlesque thing with the leg and boobs for the judges. They weren’t impressed enough to give her a good score so she flipped then off cussed at them. You go girl!!

I thought Kim Kardashian was ok, stiff just like the judges said. 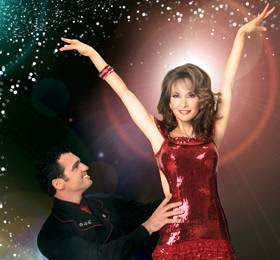 Am I the only one that thought Susan Lucci looked almost as botoxed as Priscilla Presley did? Her photos are great and she’s no spring chicken, even those her legs would make a liar out of me. Her dancing was so so.. 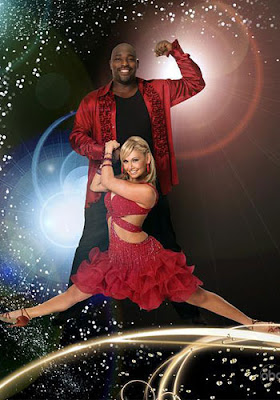 Warren Sapp was great! Not that others weren’t. I’m just pointing out the stuff that either surprised me or ticked me off. Yep, there was one thing that really ticked me off…sort of. 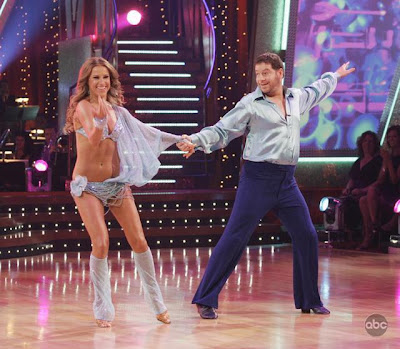 Why, oh why, did Jeff Ross have to wear that gawd awful satin shirt with the polyester pants from the seventies? Who's idea was that? All the other men wore pretty sharp, sometimes funky threads. I mean really, when he and Edyta were standing in front of the judges, you could see his nipples through the shirt. I have a feeling he will be going home, and of course Edyta will be toast too.

I put a Dancing With The Stars update widget at the bottom of my blog for Hollywood you to check out if I sleep late tomorrow. It didn’t fit right in my side bar.

I checked here earlier today and there was nothing new, so imagine my ABSOLUTE delight to find this new post! We are just running out the door to the park and we just got done praying at supper that you are having a great time on your vacation! I LOVE your black and white shirt in your lunch with friends! So fun!

Loved Warren Sapp! He just got out there and busted a move! Totally took me by surprise! I thought Brooke was great...geez that body! I hope that Kim K. loosens up b/c I think she could be really good.

BTW...having a little contest over at my blog so come on by and throw your name in the mix!

Your poll needs some hip hop and break dancing.
Colin

Grandma J.! Your co-workers are simply lovely, and I am so glad you're enjoying yourself, but for the love of pete, you can't tell me there wasn't some tall, dark, handsome waiter with his shirt unbuttoned just so, who might have agreed to a photo op?

Where are all the surfers?

BTW - We have an El Ranchito here (actually the next county over) and it's one of my favorites. There are no open-shirted waiters though, darn it.

Goodgawsh!!!!I have waited all day(and a mention)! Back in Abq(didn't get far).Go Warren!!! 10 min til DWTS.
I liked Cloris a lot as well.

I'm watching tonight's dancing with the stars as I watch this. I don't know who my favorite is yet. But I do know my husband's favorite is Brooke Burke, surprise!

I just stumbled upon your blog and love it! I have bookmarked it for future reading. :)

Hello,
My name is Inessa Haggag. I looked through your site and it attracted my attention by the varieties of the wholesome information. I have some credit cards web-sites where you can find useful information about finance and money. My sites are with high Alexa and Page Rank 3-5.
I'm interested in advertising on your blog. I'm looking for banners, text ads, paid reviews.
Contact me, please if you are interested in it and let me know about the prices. My e-mail:iumabrook@gmail.com
Thanks,
Best regards,
Inessa Haggag