IF LOOKS COULD KILL....the judges 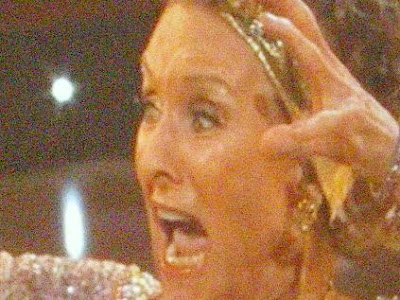 Never mind that she's 82, Cloris Leachman is a force to be dealt with. If and when she gets the old heave ho, they will have to carry her out screaming and kicking. 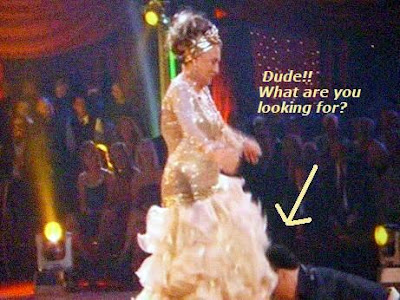 She did a mambo, and they called her Coconut Mama. Now, I don't know if he's looking for her coconuts, but they ain't under there. 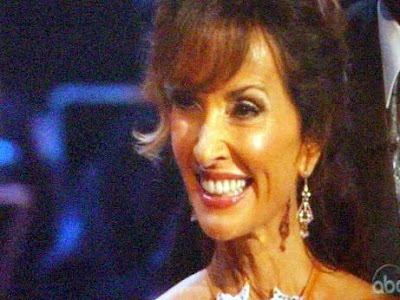 Susan Susan.....you have a great figure and you are a decent dancer, but your face scares me almost as much as Cloris' threats. 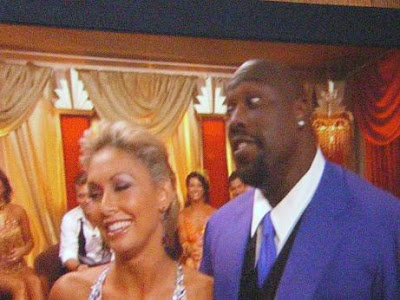 Warren Sapp woo'ed the crowd again! I think he is my favorite so far. 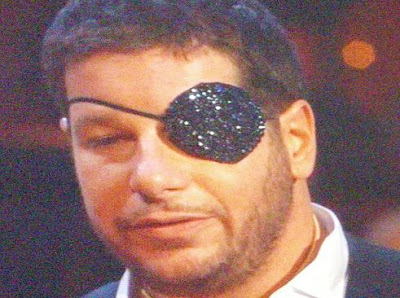 And just as I predicted, Jeff Ross was sent home..... 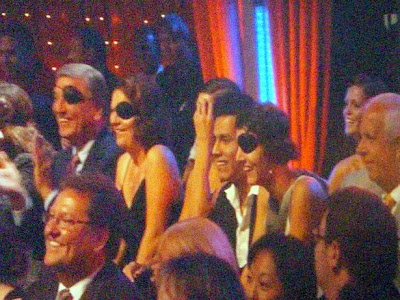 He was such a good sport, and his family was there to support him til the end.

I love this show! Cloris is so funny!

Cloris is a hoot. I don't care for Susan Lucci...sorry.
People who always act happy scare me. :)

I have never cared for Susan Lucci. She looks like a clown. I hate clowns. The end.

Well, thanks to yoga, I didn't get to see Tuesday night's episode, but I watched it all Monday night. Cloris totally cracked me up. If it was totally up to the judges, I don't think she'd last long, but the voters may just keep her in. And I agree that Warren is pretty good. He's got some moves for a big dude.

Warren is my fav by far! How old is Susan Lucci?? 127! Too much surgery...pretty soon she is going to morph into Joan Rivers!

:-(
Now I know what the kids that didn't watch Big Brother felt like..
I don't watch...

I don't watch the show either but I do love Cloris Leachman - always have!!

mysecondjournal and the incredible woody, so sorry about DWTS. I know it's not everyone's cup of tea, that's why I only highlight a few of the dancers instead of the whole bunch. I also decided to take my own pictures bucause I like "goofy" and ABC doesn't.

mysecondjournal, BB11 is on the horizon. I hope you downloaded the application and get it in ASAP.
And! Our Irish priest says the Korean mass in my Texas parish).

Cloris Leachman looks better at 82 than I do at 43.

I'm going to lie down and cry now.

Cloris is the best reason to watch that show... well, I guess I could try and be inspired by Brooke Burke's abs...

How much do I love when they combine Dancing with So You Think You Can Dance? I loved Lacey and Lance. Yes, I even went to an NSYNC concert when I was in my late 20's...so! Plus, I don't trust anyone who's had 4 kids and looks like Brooke Burk. Either that or I am jealous!!

I love the show...I hope Cloris sticks around for the entertainment.
She was on the Bob Saget Roast for comedy central and was hilarious!

Susan's face scares me too! Really, really scares me.