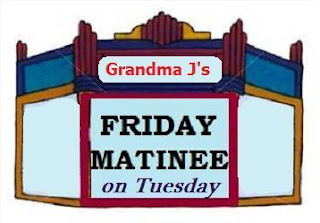 **Preface:  Let me tell you about the lamest movie under God's Heaven.   No, that's not the name of the movie, but maybe it should be.   Just want to warn you that if you are busy, just go back to what you were doing because this review will probably be just as boring as the movie was. 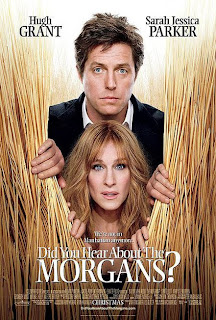 Did You Hear About The Morgans?    Please don't raise your hands....that wasn't a question, it's the name of the movie.

They witness a murder after leaving the restaurant.  And Meryl (played by Sarah Jessica Parker) is a high profile real estate agent with her picture plastered on magazine covers and the like.   The killer finds out where she lives and  yadda, yadda, yawn. 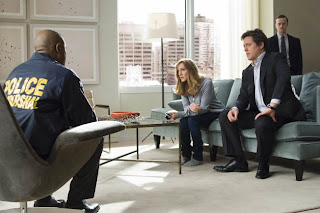 Because the killer made an attempt to kill Meryl, played by Sarah Jessica Parker, who will be referred to as just Meryl or SJP because people need to give Grandma J a break with these long names.

Really, do you ever see Grandma J spitting out her whole name?

Ok, so the authorities tell Meryl and Paul, (played by Hugh Grant), that they will be going to an unknown destination in the Witness Protection Program.    This is traumatic, to say the least,  for these two high maintenance NYC gaddabout towners.  No cell phones, no computers, art galleries...... NOTHING.

The Parkers....yeah, that's their new last name, end up in Wyoming.  Wayyyyy out in the middle of nowhere part of Wyoming.   They are forced to live together in a small cabin with a couple of retired Federal Marshalls who live there.  With only one small guest room with a small bed, Meryl decides to sleep on the couch.

This movie is chock full of old cliches  for this "New York is the Center of The Universe" couple.  There are plenty of attempts at humor ala Beverly Hillbillys and Green Acres type jokes, except they seemed forced and aren't funny.

If you are still with me...I will tell you all about the only chance this movie had to redeem itself. 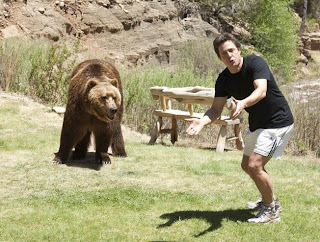 That's right......Paul gets cornered by a bear!!    Grandma J actually sat up in her chair, and waited for some action.   The sad thing is, there's probably more excitement in the clearance aisle at Big Lots than in this scene.

I don't want to go into detail and give away the fun filled action packed ending, but let's just say it's predictable.

Oh no. This doesn't happen often - seems like most of the movies you see are halfway decent. (Not that I'd know a halfway decent movie if it slapped me square on the cheek.)

Sorry you had to sit through a bad movie. Maybe the popcorn was good?

That is too bad...I just love Hugh Grant. Thanks for the warning.
It should be a law that you can get your money back!!

Gah! The rest of us are pulling our hair out trying to get ready for Christmas and you are at the Matinee! That is wrong.I cannot wait to retire! So I can go with you =)
Merry Christmas GJ with love and smooches from all of us here at The Little House!
<><

I do not care for her at all...cannot imagine anyone having chemistry with her....poor Hugh Grant. Thanks for the warning, but it wasn't on my list anyway! Now, let's talk about "It's Complicated"!!!!! Cannot wait for this one;)

A friend of ToonMan has gotten all the new movie release screener DVDs - sssh - and is lending them to us .. I highly recommend: Its Complicated (a comedy that's a triffle long but still good) and Up In The Air (which is NOT a comedy but still excellent)...I'll be skipping this one even if we get it for free .. thanks!

I always follow your loser movie advice and don't rent the dvd...sounds like the case in this one.

Wising you the Merriest :)
lMnop

You go to Big Lots?

wowie, it must be a real flop.

Have you seen Avatar?

I love that even your bad movie review still gets 2 and a stars. You are such a gem. A gem in the mine of life : )