the review...which is late because the only showing in town was at 10:00 a.m. 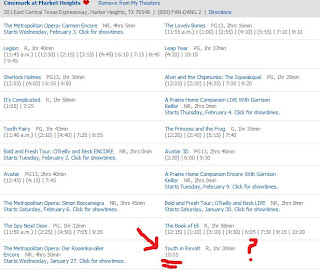 So, Grandma J had to drive to a neighboring town forty miles away to see it.  then she came home and had four martinis took a nap. 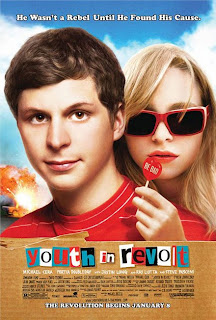 Michael Cera stars Nick Twisp in his usual role as a virgin nerd.  He's a teenager whose love for Sinatra music and such makes him a bit more sophisticated than the average dweeb.

Nick is less than thrilled when he has to go on vacation with his trailer trash mother, Estelle (Jean Smart who played the First Lady on 24), and her crude disgusting boyfriend., Jerry ( Zach Galifianakis, "The Hangover") to his broken down trailer at his summer camp  on a lake. 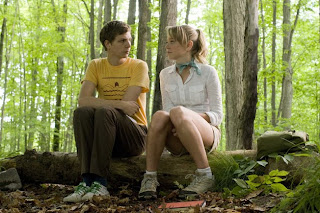 Things lighten up for Nick at the lake when he  meets Sheeni, (Portia Doubleday) the girl of his dreams  and he falls head over heals for her.


Sheeni lives 200 miles away from Nick, so he moves in with his father, George, who has a younger girlfriend Lacey.

Nick invents an alter ego for himself, Francois, who is debonair, cool, suave (with a moustache) and a smoker....everything that Nick isn't. 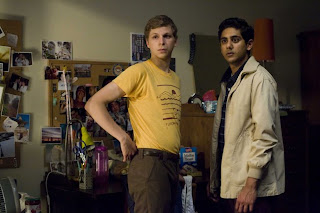 This alter ego advises Nick to break out and do things he would never dare to do as Nick.  His escapades, along with his one and only friend, Vijay, (Adhir Kalyan) get him involved in criminal shinanigans and other stuff like creating fiery traffic hazards.

Youth in Revolt is a cute boy meets girl, loses girl, boy goes after girl movie.  It's one of those coming of age movies with some cute, funny and new twists.  It was very entertaining, and  I enjoyed it.

I give this movie four out of five stars.

Every-so-often I wish I could have an alter ego. I'd be super sassy.

It looks like a cute movie. That Mchael Cera cracks me up.

Thanks for the review, Grandma J. I hadn't even heard of this one yet, so now I know a little bit about it.

Once again some high praise from Grandma J. Sounds like a good one.

You probably see more movies in a month than I've seen in four years, but that's OK because thanks to your entertaining reviews I don't feel as though I'm missing a thing.

I am thinking this is one for ToonMan's Netflix . the other night we saw/watched A Single Man .. quite an impressive movie .. Colin Firth is so sexy ..

This is something we will definitely rent, and sounds like one the whole family will enjoy.
Thanks, GJ!

Do you take notes while you watch the movie?

Hmmmmmmmmmmmmmmmm, I wonder what planet I live on because I had NO idea this movie was out... : )

Hmmmmmmmmmmmmmmmm, I wonder what planet I live on because I had NO idea this movie was out... : )